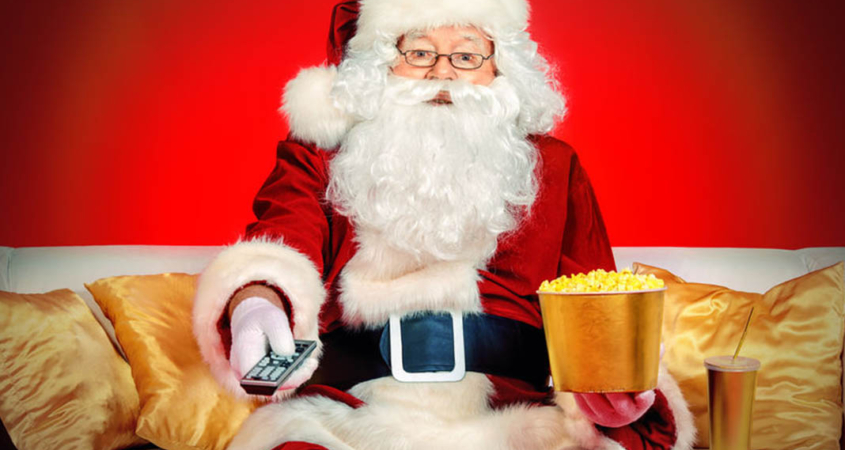 Like everything else, this year’s holiday season has been diminished by the pandemic and an ugly election spectacle.

Now, more than ever, we all need a little entertainment.

Though you may not be able to sit around together on the couch, sip eggnog, and enjoy your favorite family seasonal movies as a group, at least you can enjoy them in your own home as I did – and still do – as a Baby Boomer.

Furthermore, The New York Times just reported that 82 new holiday movies will be broadcast this year. Add those to the endless list of holiday streaming options. Why are so many vying to be the holiday movie that you will want to watch annually? Because, one expert said, “No matter what the state of the chaos or stability…there is an extraordinary appetite for simple, cheesy, unsophisticated, easy-to-watch programming.”

Here are my top ten favorite movies and TV segments that I watch year after year. No matter how old you are or what religious traditions you follow, I think you’ll like these, too: 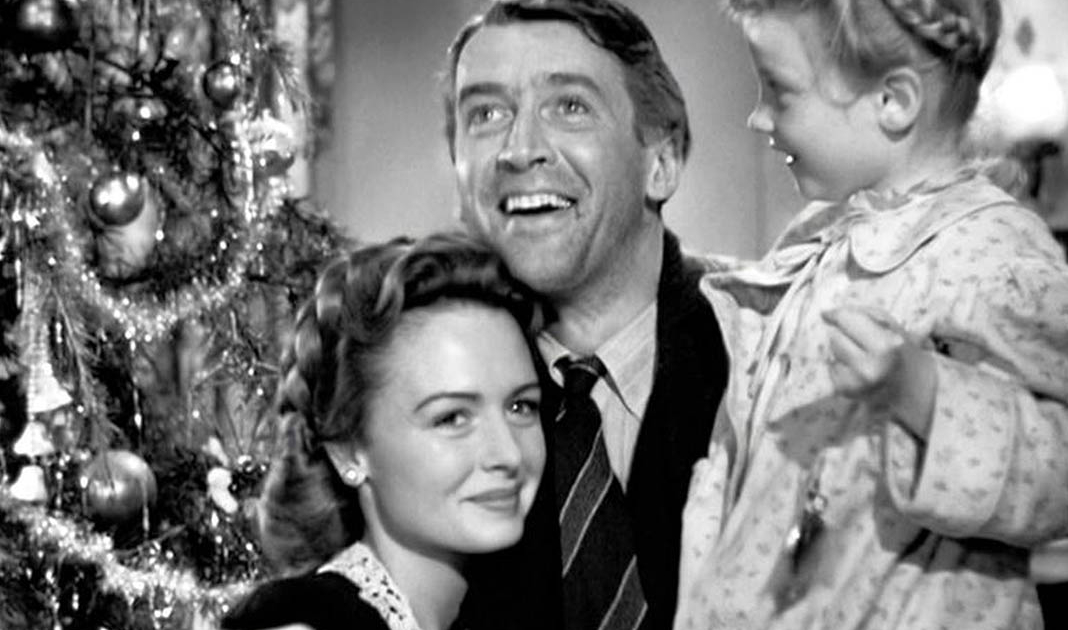 It’s A Wonderful Life (1946) – Frank Capra directed this charming, heartwarming, timeless flick about George Bailey, a frustrated banker portrayed by a young Jimmy Stewart, who is shown what his life would be like if he never existed. Donna Reed is his loving movie wife, Thomas Mitchell shines as Uncle Billy, and Lionel Barrymore plays the malevolently greedy Mr. Potter. This film always brings a smile to my face.

Miracle on 34th Street (1947) – I remember watching reruns of this with my family in the 1950s and 1960s on a TV the size of a small refrigerator, and occasionally in recent years. Edmund Gwenn portrays an elderly gentleman with a long beard named Kris Kringle who gets hired as a seasonal Santa at Macy’s. Natalie Wood is cute as the little girl who believes he’s the real deal – before the U.S. Post Office makes it official that he really is Old St. Nick. 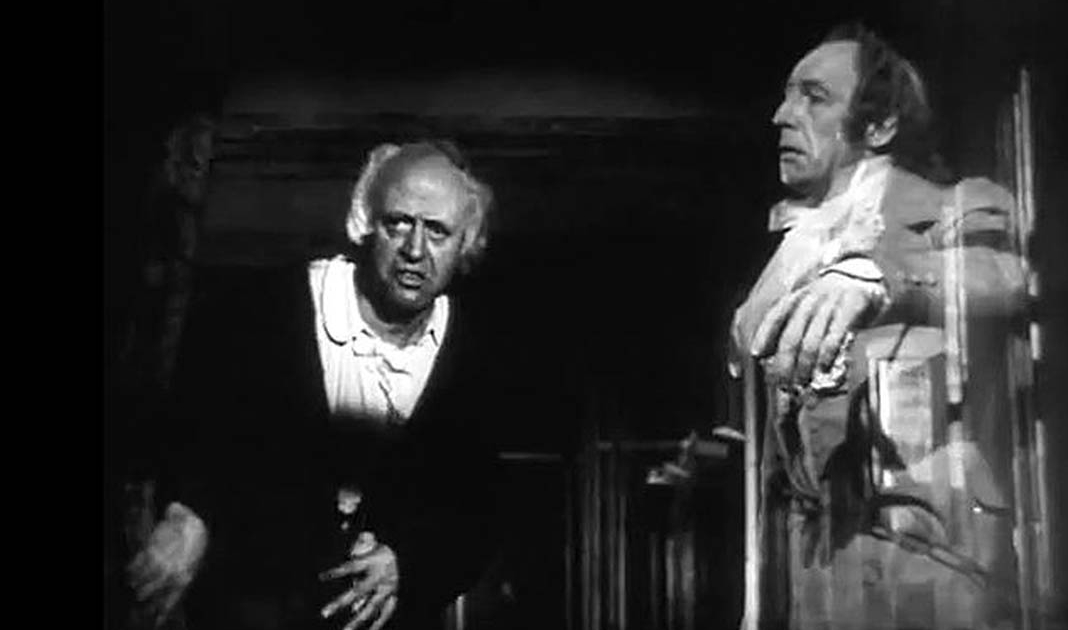 A Christmas Carol (1951) – Still the best version of this classic, especially because it’s seen in somewhat scary black-and-white. Alastair Sim stars as the creepy good old tightwad, Ebenezer Scrooge. As a Disney fan, I also have watched Mickey’s Christmas Carol (1983) dozens of times with Mickey as Bob Cratchit. The Man Who Invented Christmas (2017) produced by a friend of mine, showcases the behind-the scenes story of the incredible financial pressure that Charles Dickens was under to create a best seller in record time, even though “Oliver Twist” had been a recent hit. 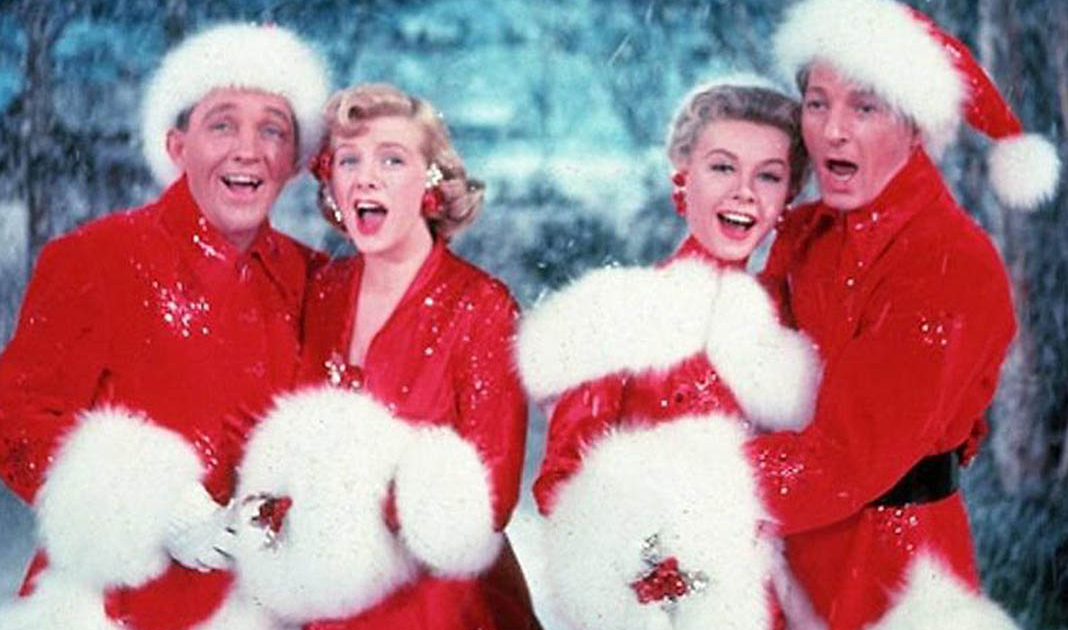 White Christmas (1954) – Danny Kaye, Bing Crosby, Rosemary Clooney and Vera-Ellen sing and dance their way across a Vermont ski lodge’s stage to terrific songs written by Irving Berlin. They went there to help out their crusty U.S. Army Major played by Dean Jagger. A heartwarming buddy movie with a warm holiday glow and sing-along songs. 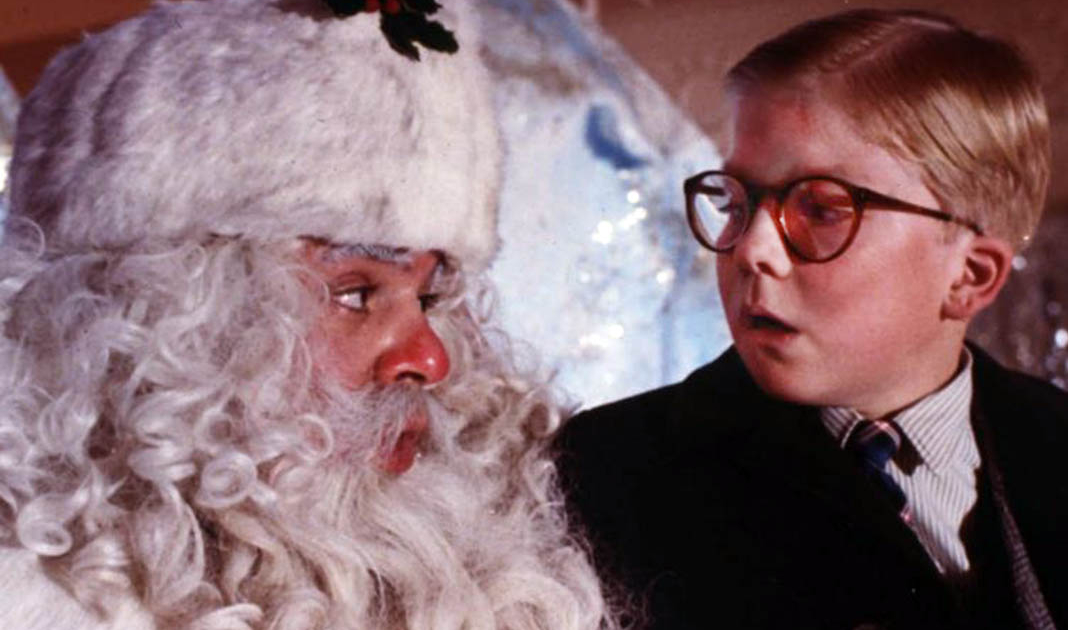 A Christmas Story (1983) – Ralphie, played by an adorable Peter Billingsley, was well-cast in 1940s Cleveland as a boy who wanted a Red Ryder BB gun for the holidays. Based on the Jean Shepherd book and screenplay (he played the red-nosed Santa), I loved watching Darren McGavin and Melinda Dillon ham it up as his parents, and knew, even from the first time I saw it, that Ralphie was destined to “shoot your eye out with that thing”. 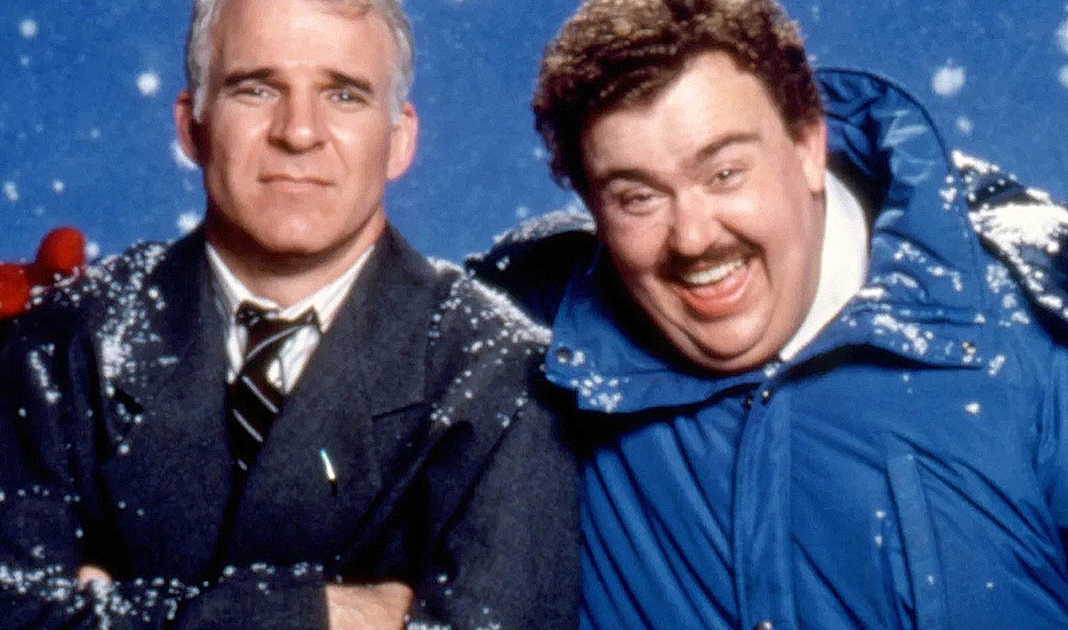 Planes, Trains and Automobiles (1987) – This is a Thanksgiving story featuring great chemistry between Steve Martin and John Candy who are both trying desperately to get to Chicago on various modes of transportation. It’s actually a very sweet story of antagonists who become friends in the dead of a Midwest winter.

Elf (2003) – Will Farrell stars as Buddy, an infectiously effervescent man-child raised by elves in the North Pole who goes to New York City to find his real-life father (played by James Caan as an unlovable workaholic). Great roles by Bob Newhart as Papa Elf, Ed Asner as Santa, and the insanely cute Zooey Deschanel as Jovie, who becomes Buddy’s girlfriend. 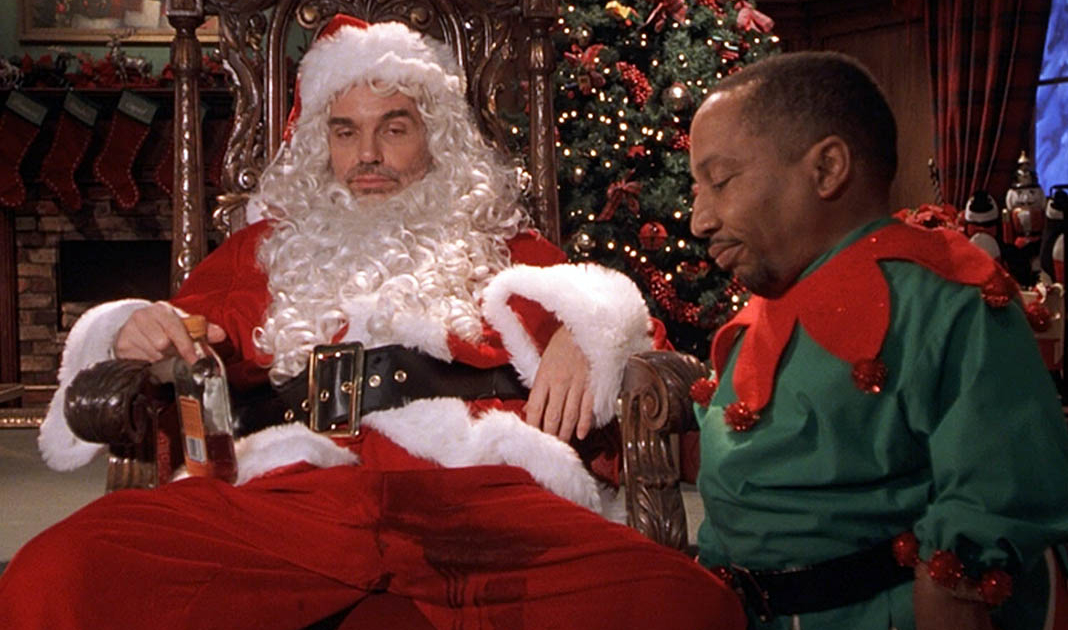 Bad Santa (2003) – In this naughty film for nice people (it’s “R” rated), Santa is an alcoholic conman (Billy Bob Thornton) who robs department stores that hire him with his elf (Tony Cox). Lauren Graham is cute as a bartender who falls for Billy, Bernie Mac is brilliant as a store detective, John Ritter, in his final role, is outstanding as the store manager, and Brett Kelly is the oversized, curly headed boy named Therman Merman, but better known as “The Kid”.

Adam Sandler’s “Happy Hanukkah” Song (2013) – From “Saturday Night Live”, this hilarious song celebrates famous people you may not have known who were or are 100% Jewish, including David Lee Roth, Dinah Shore, Paul Newman and Goldie Hawn (50%), and Harrison Ford (25%, but who’s counting). Christmastime For The Jews (2005), an animated short by Richard Smigel from “Saturday Night Live” with a Phil Spector-type song by Darlene Love is a close second, while the Festivus episode (2014) from “Seinfeld” came in third among my family’s Chosen People. 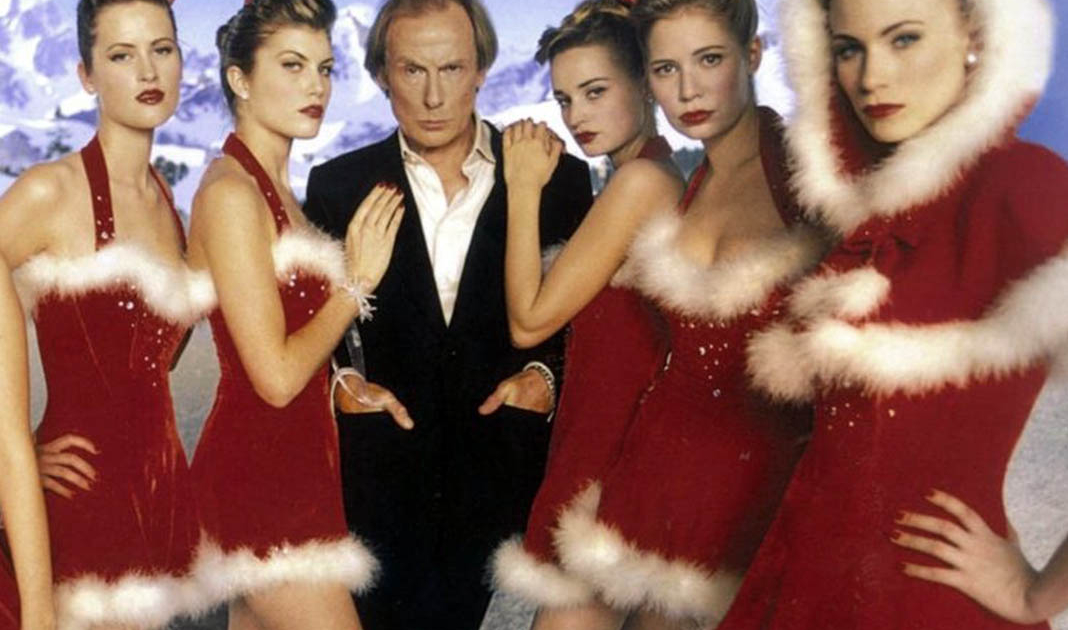 Love, Actually (2003) – I enjoy watching this holiday romcom every year – sometimes twice. It’s become the favorite seasonal flick of my wife, daughter, and me. It features a fantastic cast with future award winners: Emma Thompson and Colin Firth (Oscar®), Bill Nighy and Hugh Grant (Golden Globe), Alan Rickman and Laura Linney (Emmy and Golden Globe), Keira Knightley, Liam Neeson, and many more. Terrific soundtrack, too, especially “All I Want for Christmas Is You” by Mariah Carey.

At SGD, we work with senior living communities that offer assisted living, memory care, and other levels of care; most have video rooms where residents can watch holiday movies like these together.

About the Author: Gil Zeimer is a Partner at SGD Advertising.