Have you seen any comics in the “Under Cardiac Arrest” series? They’ve been appearing in various magazines, on Facebook, on websites, and as greeting cards in book stores through the creative efforts of San Francisco’s John Donaghue. As a freelance advertising creative director and art director, he brings decades of experience to his series of “comics for people who like comics”. He says, “I started writing ‘Under Cardiac Arrest’ right around the time my father started wearing a batting helmet every day: fear of falling. My mother became obsessed with buying cereal: Frosted Flakes, Raisin Bran, Wheaties, whatever was on sale. We had a garage full of the stuff.” 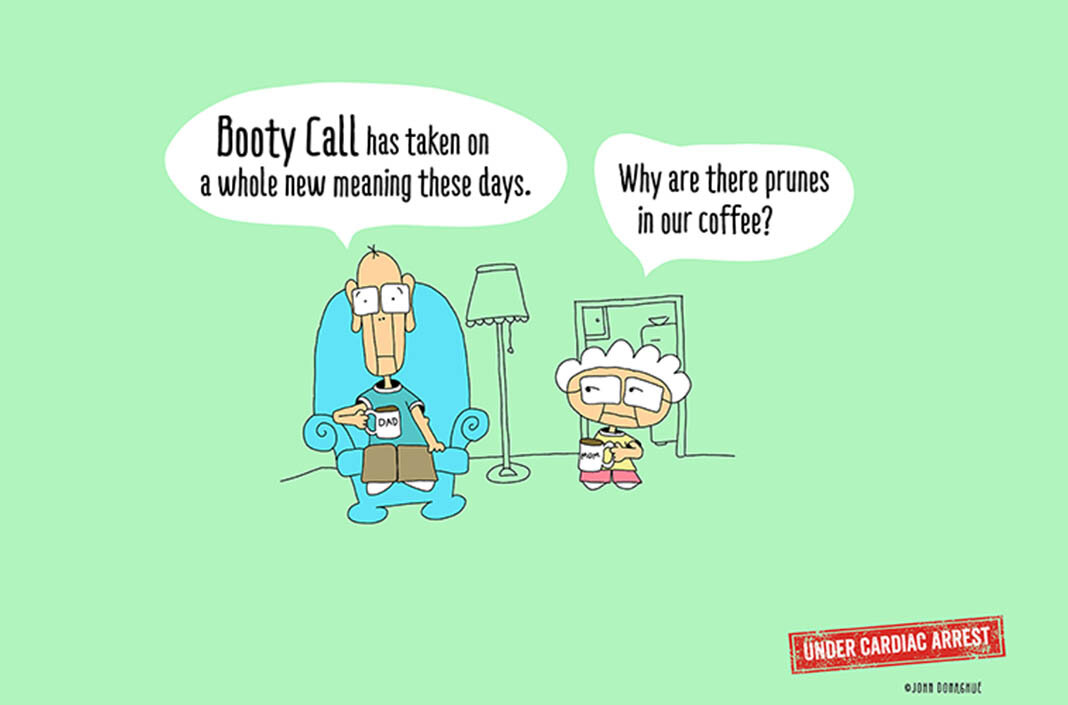 “Being an only child, caring for my 80-something parents was challenging to say the least. Between doctor appointments, middle of the night 9-1-1 calls, grocery shopping, adult diapers, broken hearing aids, and hospitals, I was stressed and angry a lot.” 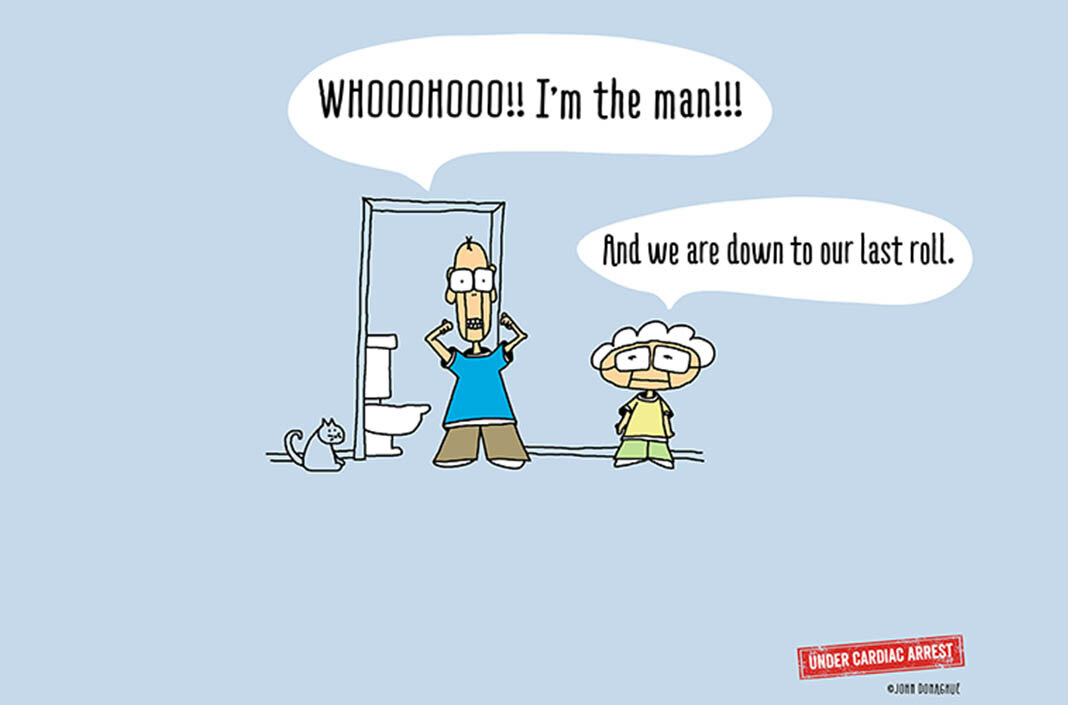 “I came up with the idea of ‘Under Cardiac Arrest’ after my Dad’s second heart attack. Seeing some humor in all this helped me to keep going. I know that getting old is hard. But it doesn’t mean we can’t have a good laugh about it once in a while.” 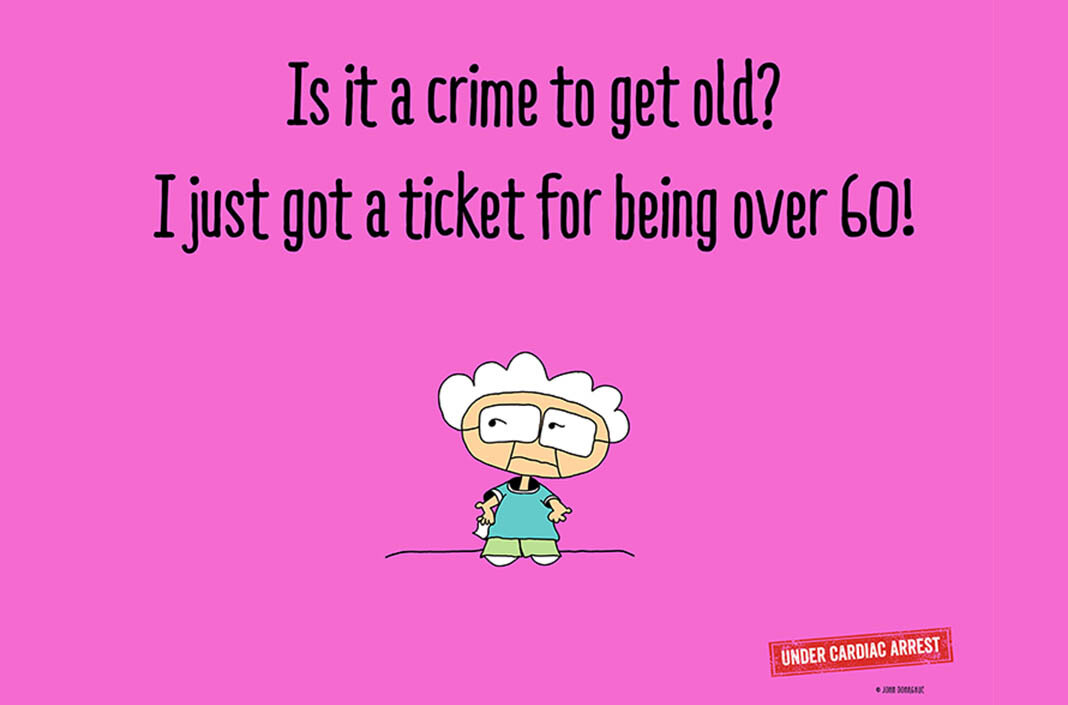 “Now that I am officially a senior myself, I realize that I am next at bat. Well, at least I can give myself a lot of new material. If I can just remember what it is.” 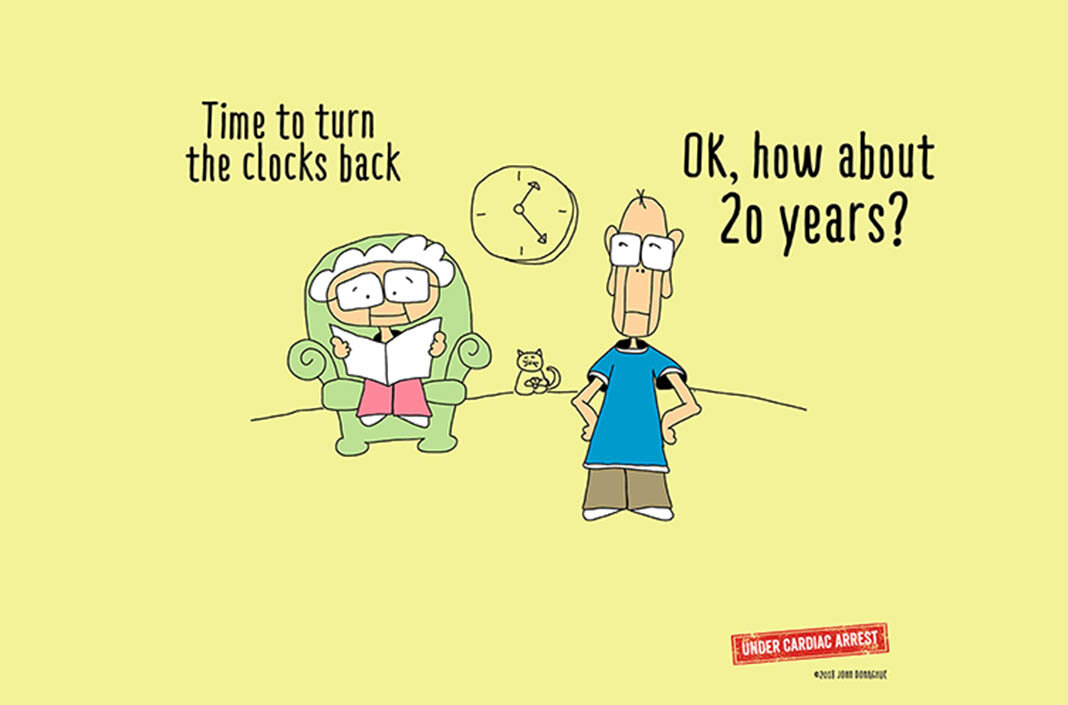 “So whether you’re in your 80s and having lots of senior moments, or you’re any other age and experiencing life ‘Under House Arrest’, I hope that you can appreciate the humor of my comics and –– just for a minute –– realize that there is much to laugh about as you get older.” You can visit the website archives here or shop online for John’s favorite greeting cards.

SGD is a San Francisco Bay Area advertising, marketing and branding agency specializing in the senior and boomer markets. We’ve successfully positioned, branded and rebranded companies that market to seniors, weaving traditional and online tactics to create compelling stories that drive response. About the Author Gil Zeimer is a Creative Director / Copywriter at SGD Advertising. He’s old enough to appreciate all of this senior humor.

Movie Review: “Sound of Metal” Captures The Sounds of Silence

Experiencing Senior Living from The Inside Out